WILL THE US EMBRACE SINGLES DAY? 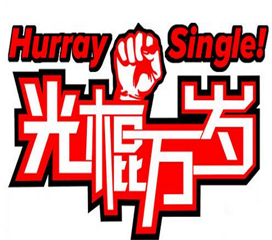 Singles Day falls on November 11, cleverly playing on the four “single” digits of 11/11. It’s hailed as the opposite of Valentine’s Day and a guilt free excuse to treat yourself. Maybe you missed it. I sure did.

As George Anderson notes in RetailWire, this solo occasion is racking up multi-billions. In 2014, it surpassed $9B globally, exceeding Black Friday and Cyber Monday combined.

Most interesting is its origin. A popular Chinese holiday since the late 90s, it has been exported by Alibaba (NYSE: BABA) on its AliExpress US marketplace and imported by other large sites like Overstock.com and Dealmoon.com. As the largest global IPO ever, Alibaba carries some clout these days.

According to Alizila, the Wikipedia for Alibaba news,  27,000 merchants and 42,000 brands participated. Alipay, Alibaba’s answer to PayPal, has been a catalyst as well as it enables retail transactions as well as online purchases.

Demand was fierce. The first billion dollars changed hands in the first 20 minutes. Compare that to Cyber Monday, which took a whole day to reach $2.3 billion. Nearly half of transactions were on mobile devices.

Marketers cheer Singles Day in the US. Here are five reasons why

Traditionalists deride Singles Day in the US. Here are five reasons why

Outside China, Russia is the largest market for Singles Day. In the US, it has the advantage of being first. It precedes rather than follows major events traditionally celebrated as shopping occasions . This means more dollars, rubles and renminbi are up for grabs. It also means guarantees of free shipping and 3 day delivery will be easier to meet. But its far from certain this single-minded trend will make a mark.

What do you think? Will Singles Day be a base hit or a home run in the US?

5 thoughts on “WILL THE US EMBRACE SINGLES DAY?”